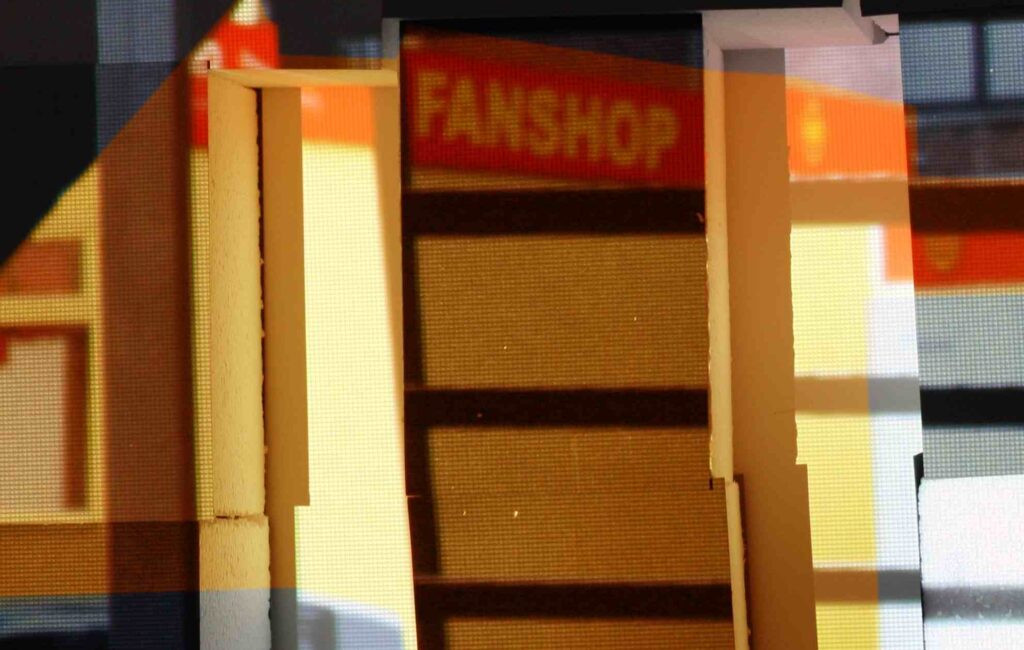 “Untitled – Stands” was made for the exhibition Leisure, Discipline and punishment. Contour 6th Biennial of moving image 2013

The video Untitled – Stands records mock-ups of the KV Mechelen stadium. These mock-ups merge with images of the actual stadium, creating an ambivalence of scale and space. At times the video dissolves into what looks like modernist abstraction rather than a stadium. It plays with the outward characteristics and architectural details of the building. Stadiums often appear on television during football matches. Here, too, the stadium appears on television, but then in its own right.