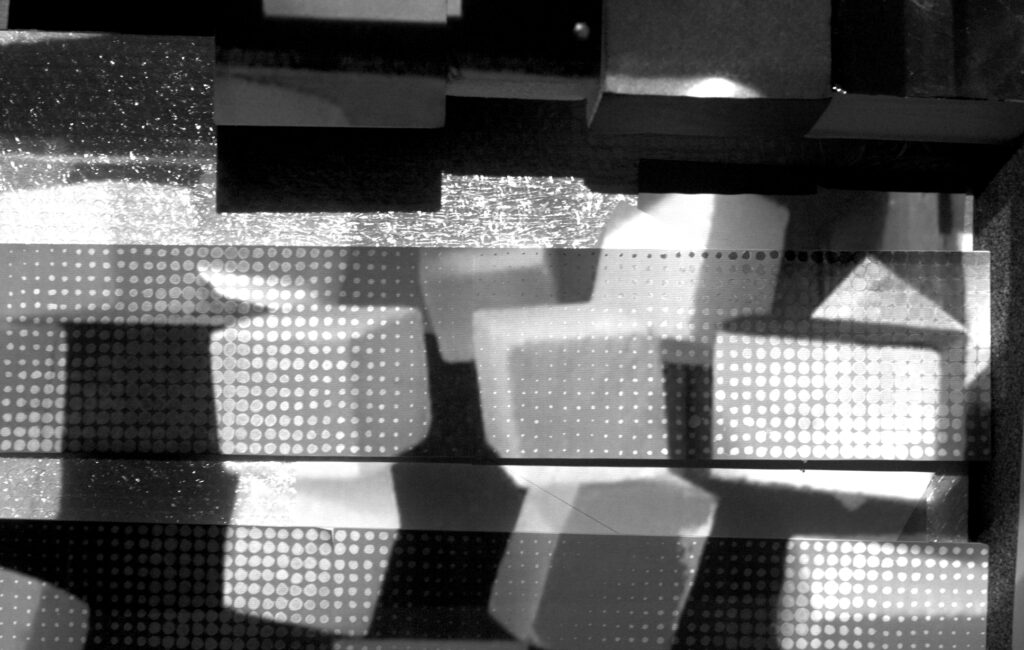 Curated by Pernille With Madsen, this exhibition is about staging the collapse between past and future times, between Utopia and its contemporary ruins, between analog and digital technologies. The works reflect how our perception follows certain patterns through different technological formats and can be transformed in space and time.

– I feel a nostalgia for an age yet to come!

You could call it tripping since it is imagery that does not prescribe your destination but guides you on the way to new states of mind. Its reference, (for instance to experimental films of the 1960’s, or tales of postcolonial scenarios in absurdum) is not meant to put you back in time or leave you informed about a matter of fact. It is finding a point of departure as a way of starting over. Trying to re-digest the latest dreamt images of the future. As always; the arrival should not precede the departure.

The re-effect is put onto something already effected, already modulated, already recognized as a modulated state, cooked over ones more leaving the aesthetic well known and new at the same time. Rather than to depict an individual, it is a public form of dreaming out loud. A point of departure for new realities. Digesting the captured – over again – sending out an alien, a new matter.