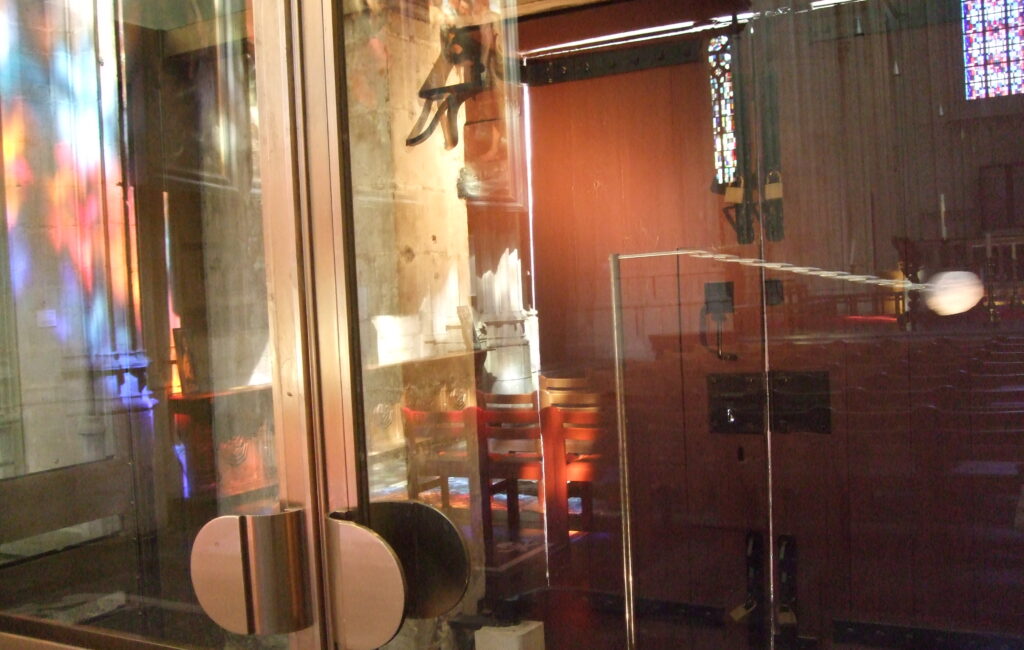 Two artists worked together to produce Foreign Material. Yvette Brackman, originally from New York but now living in Copenhagen, gave one of her works to the Danish artist Pernille With Madsen as a present. It consists of a chain and a papier-mâché ball made from the correspondence between Brackman and the Danish immigration office. Madsen attached the artwork to a motor, which makes it revolve and spin as a globe. Madsen herself has this to say about Foreign Material: ‘I took this weapon of powerlessness, this ball of hard-hitting paper and returned it to bureaucratic inertia. I catapulted it back into its own self-contained circulation somewhere between aggression and weightlessness.